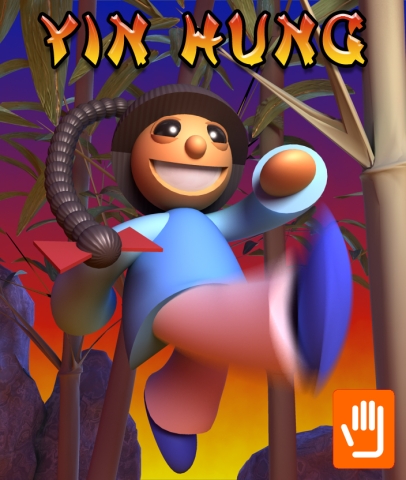 While working at Overloaded (a mobile games company) I created Yin Hung for Symbian devices (Nokia, SonyEricsson, etc). Yin Hung was a bit more ambitious than the previous games. The game had a mini physics engine which modelled the ponytail from Yin hung. When walking a jumping the tail would follow the character around (like ponytails tend to do), but you could also use the tail to swing on branches, and free the captured spirits.