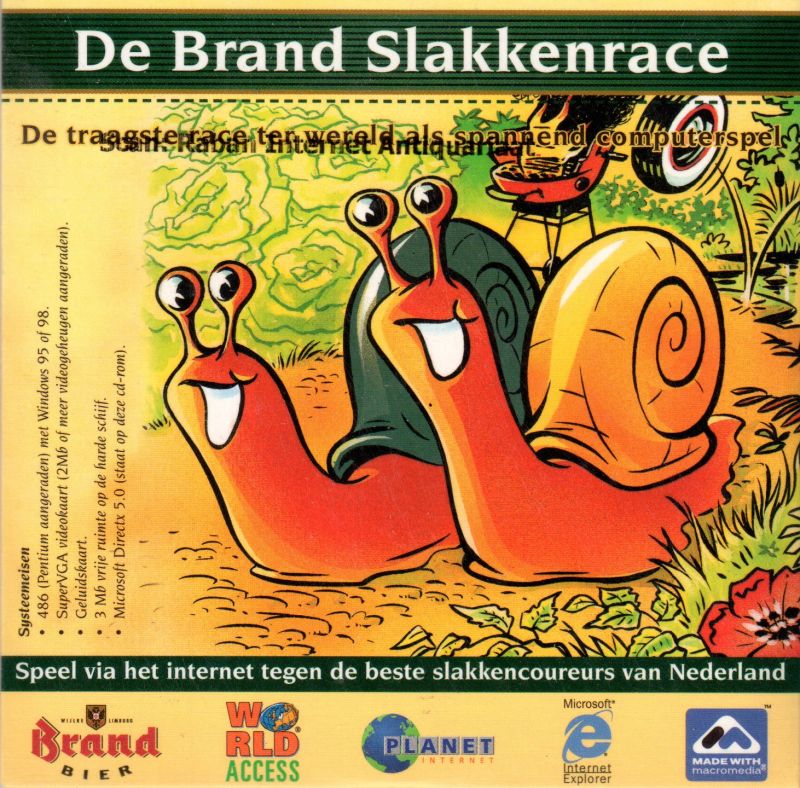 When I was working for a small company called Jaytown, a big Beer company asked us to come up with a game to celebrate their new ad campaign which involved snails. The budget was very low, and we had a lot of time constraints. In any case we came up with a silly game called ‘Brand slakkenrace’ where you battle between 2 snails to who is the slowest. You have weapons, but they are only meant to speed the other up (instead of slow down).

Brand attached the CD-Rom to all crates of Beer, and the game could also be ordered directly at Brand.

p.s. even though the sleeve has a ‘made with macromedia’ logo on it, I can assure you the game was just plain c++