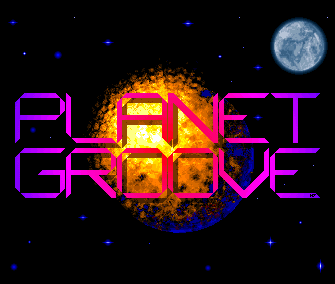 The planet groove demo was made to show the potential of the new AGA chipset which was released month prior in the Amiga 4000 and Amiga 1200. No one still had any documentation on how the hardware worked. By methodically going through all the various hardware registers I was able to figure out how to trigger the special new video modes. With that knowledge we released a text file on the BBS with everything we found out. Meanwhile we also had the idea to be the first team to release a demo using the special AGA hardware.

Like most other production, I made all the code (and like always all in assembly), music was done by Ramon Braumuller and all graphics were made by Metin seven

Planet Groove is the result of stringing together some stuff we already had made, and some new stuff, all enchanced with the new AGA capabilities. Most important new capability was the amount of colors which one could use. That used to be 32, and now it was 256. In the final sequence where the 2 pictures crossfaded between one another, we used 2 16 color images (so using 4 bitplanes each), and combining them to 1 256 (8 bitplanes) image. Then by making the color palette in such a way that any combination of the 2 images, the correct ‘alpha’ color from the palette would be shown. Then we only needed to scroll the even and odd bitplanes in opposite directions, and recalculate the palette for the various alpha values, and the final effect was born. 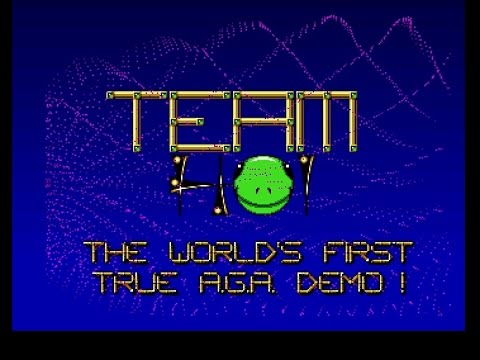