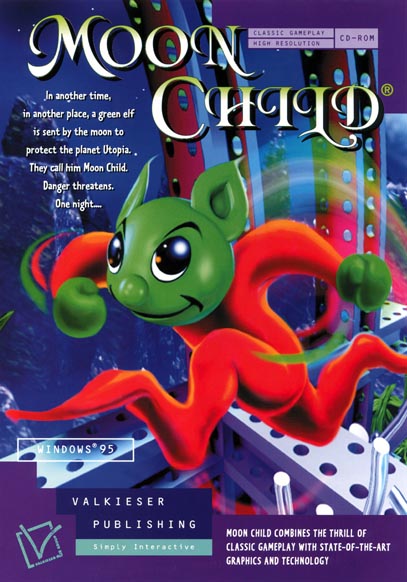 Moon Child is the 3rd game which i made with the same friends as Hoi and Clockwiser: Ramon Braumuller did all the music and sound-fx, Metin Seven was responsible for all the graphics, and I glued everything together with code. In contrast to everything we did before, this game was made on the PC. Also different than before, we didn’t do everything in Assembly, but this time in C++. When we started the game was still targetting DirectX 3.0. By the time we were shipping we quickly ported it to DirectX 5.0. DirectX gave a small wrapper around the graphical cards of the time. It had concepts of Surfaces which could be in main memory or the graphics board. And these surfaces could be combined using alpha keying and other bit operations. Apart from this, like with Hoi, any other thing in the game was handmade. There were no ‘game frameworks’, one just had to create something if you wanted to have it in the game. For sprite management i made a kind of ‘actor’ based sprite system, where instances could be spawned and the character had a bit of code it would execute 50 times a second. Levels, animations (which key frames, cycles, etc), sounds and other assets were all done ‘data driven’. So via config files (text and binary) the game could be tweaked. Just like Hoi, Moon Child had a whole tile editor build in. This was of course disabled in the production version. 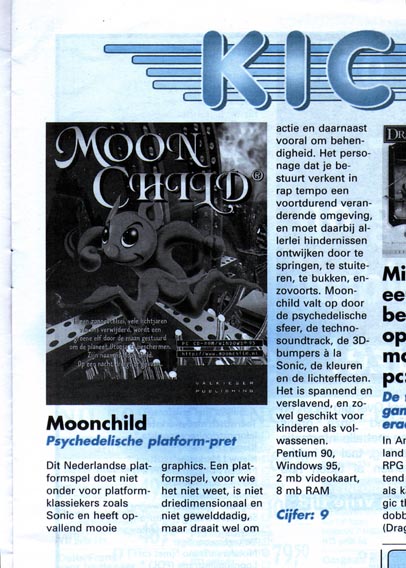